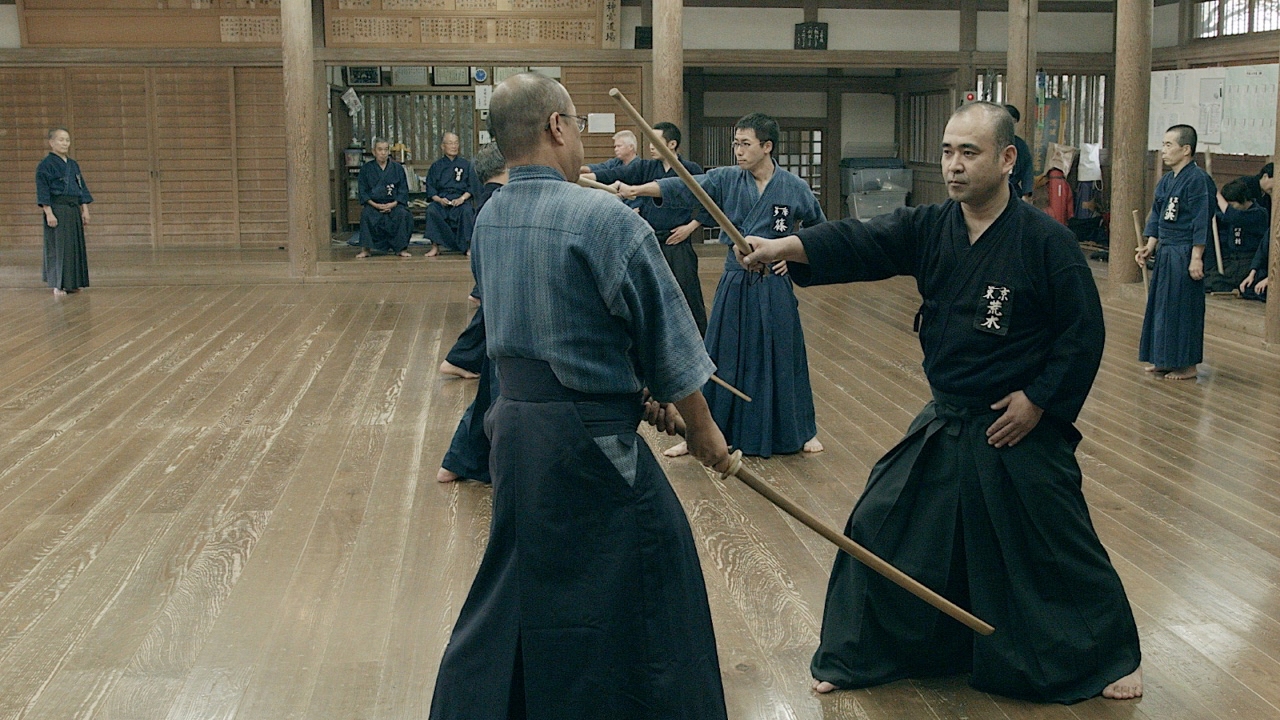 The Naginata is unique in Japanese martial arts in that it has been kept alive primarily by women. It is a tradition dating back many centuries to the wife of the Samurai, staying home to safeguard the family. The deadly slashing and thrusting of the Naginata evokes the battlefields of 12th century Japan, as Sensei Wataru Suzuki says “The Naginata was used to mow down horses and cavalry soldiers so slashing attacks to the shins is a characteristic of Naginata”. 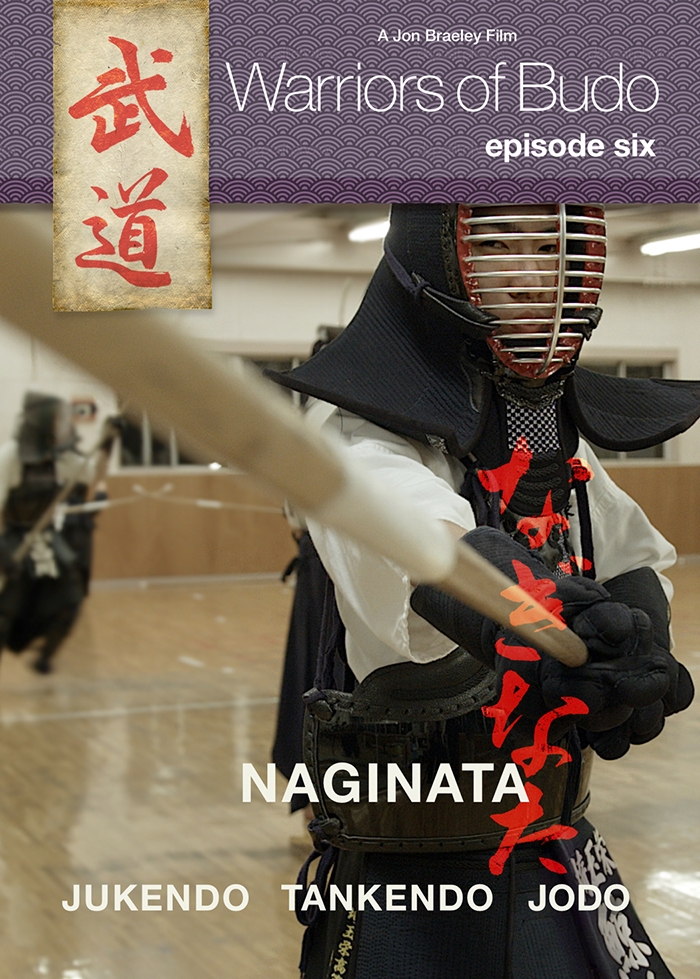 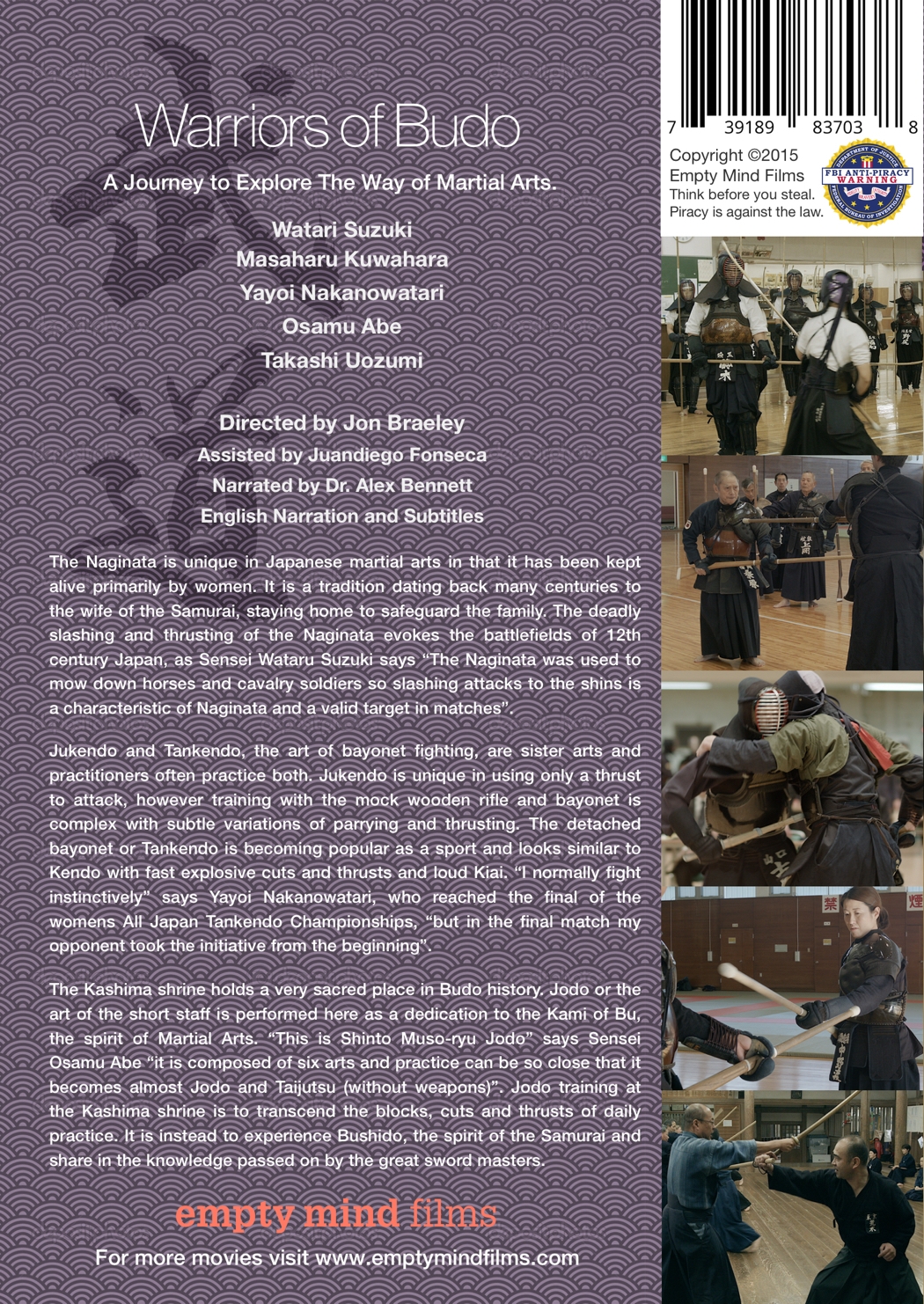 Jukendo and Tankendo, the art of bayonet fighting, are sister arts and practitioners often practice both. Jukendo is unique in using only a thrust to attack, however training with the mock wooden rifle and bayonet is complex with subtle variations of parrying and thrusting. Sadly just after this episode was filmed Jukendo master Hanshi 9th dan Sensei Kuwahara Masaharu passed away at 89 years of age. The detached bayonet or Tankendo is becoming popular as a sport and looks similar to Kendo with fast explosive cuts and thrusts and loud Kiai. “I normally fight instinctively” says Yayoi Nakanowatari, who reached the final of the womens All Japan Tankendo Championships, “but in the final match my opponent took the initiative from the beginning”.
The Kashima shrine holds a very sacred place in Budo history. Jodo or the art of the short staff is performed here as a dedication to the Kami of Bu, the spirit of Martial Arts. “This is Shinto Muso-ryu Jodo” says Sensei Osamu Abe “it is composed of six arts and practice can be so close that it becomes almost Jodo and Taijutsu (without weapons)”. Jodo training at the Kashima shrine is to transcend the blocks, cuts and thrusts of daily practice. It is instead to experience Bushido, the spirit of the Samurai and share in the knowledge passed on by the great sword masters.