Trailer: Art of the Japanese Sword 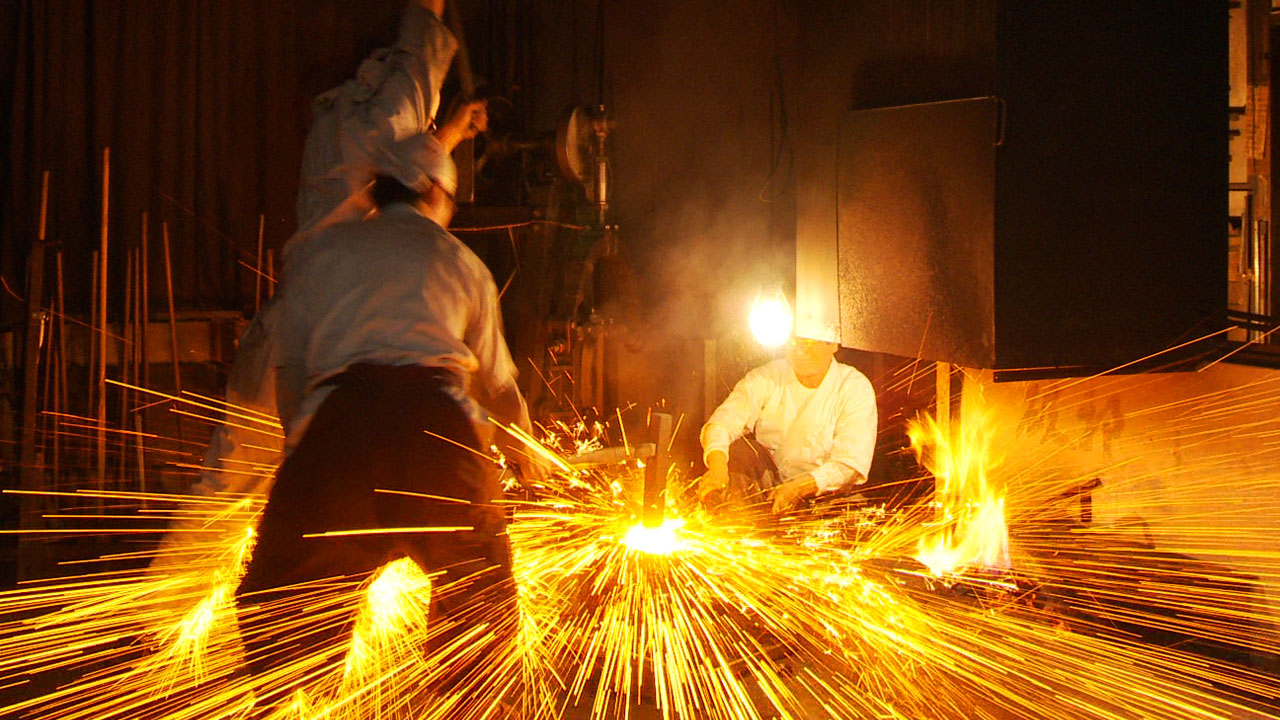 Written by: Emptymind
Aug 1, 2013
Considered the pinnacle of Japanese culture for more than a thousand years, the Japanese sword endures today as a legacy of the Samurai and as a beautiful but deadly work of art. In this detailed exploration of the swordsmiths craft you will enter a rarified world where ancient steel is forged into the sharpest and most feared cutting weapon. It is a story told in the swordsmiths own words that will reveal the mystery behind the Japanese sword and separate the myth from the fiction.

The Japanese sword … prized as much for its exceptional beauty as for it’s deadly cutting ability. It has endured for a thousand years as the pinnacle of Japanese culture. Now you can enter a world rarely seen by outsiders. To experience the true story of the Art of the Samurai Sword. A story told in the swordsmiths own words that separate the myth from the fact. It is a fascinating journey that starts with swordsmith Manabe who makes his own steel from an ancient recipe dating back to the 13th century. In this unusually detailed look into the making of the Japanese sword, this documentary “lifts the lid” to reveal dramatic footage with techniques that until now have been the craftsmens best kept secrets. Going beyond films before it Art of the Japanese Sword showcases the polishers, scabbard and metal fitting makers as well the handle wrapping … the most comprehensive movie ever made on the Japanese sword.

Follow the swordsmiths dream of creating a masterpiece, from the quest to making an ancient steel to forging a blade equal to those of the Kamakura, a medieval period that produced the greatest swords in history. For the martial artist the Japanese sword is a precise cutting weapon and symbol of the Samurai. For the collector, it is an art form whose beauty is derived from its deadly function to cut. As our story of the Japanese sword unfolds, we bring together all the artists and craftsmen whose skills turn it into both a modern work of art and a window into the past. Produced in association with Paul Martin, a leading Japanese sword expert and filmed across Japan with the very best swordsmiths and craftsmen, each one a master of their art. Step into the Shinto shrine and museums to look back at the history of the Japanese sword which also parallels the history of the Samurai. If that’s not enough for Samurai enthusiasts we enter the Tenshin Shoden Katori Shinto Ryu – the oldest martial arts dojo in Japan, where traditional sword fighting techniques of the Samurai are still taught. The schools instructor and top martial arts master is Otake Risuke sensei who grants a very rare interview to talk about this most ancient symbol of Japanese culture. Art of the Japanese Sword is a truly unique exploration of one of the worlds most beautiful yet deadly weapons.

Featuring the following swordsmiths: Kawachi Kunihira, Matsuda Tsuguyasu and Manabe Sumihira and more. One Japan’s top sellers of Japanese swords includes the DVD Art of the Japanese Sword with each sale … a testament to the quality and accuracy of this unique documentary. Read a review here by Kendo World Magazine.