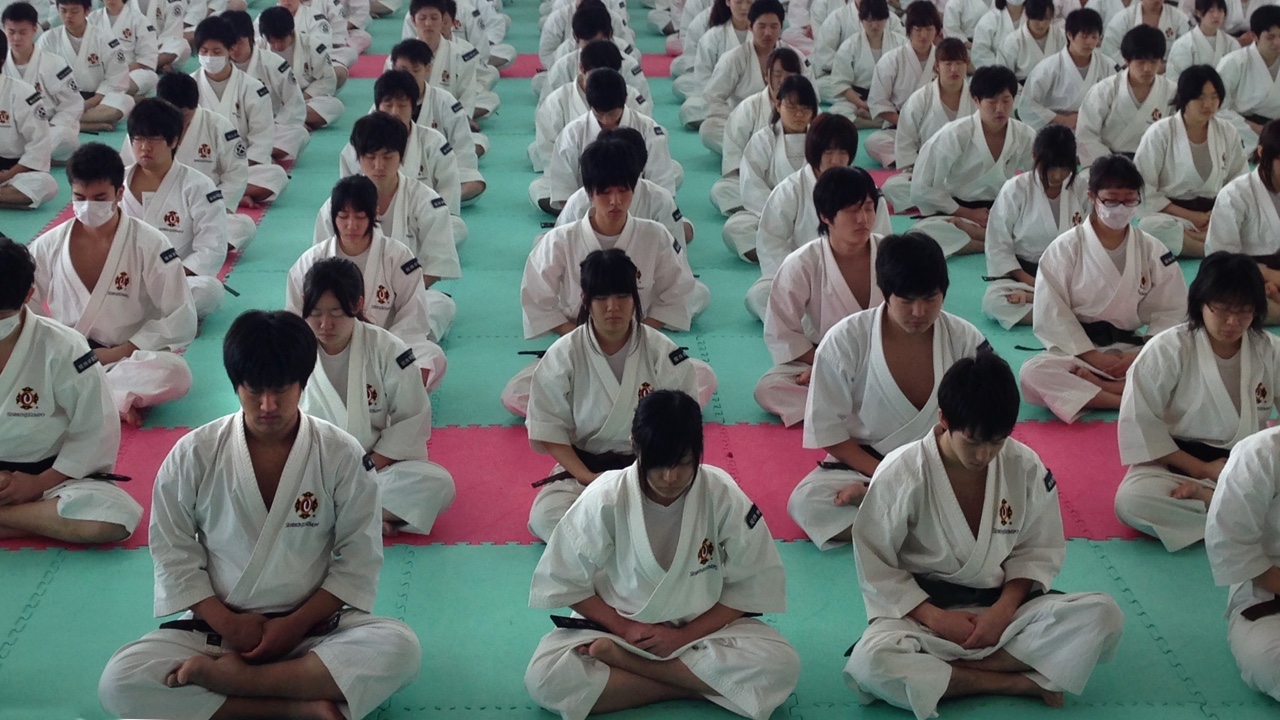 Written by: Emptymind
Jun 9, 2015
Featuring the Hombu or Headquarters of Shorinji Kempo and the leading instructors and educators with a special appearance of Yuuki So, the founder’s daughter and president of the Shorinji Group. This is a rare journey into one of the most misunderstood modern martial arts.

Mixing a martial art with religion is not new and can be traced back to China fifteen hundred years ago. Shorinji Kempo means ‘Shaolin Temple Way of the Fist’ and like Shaolin, it is a formidable fighting art combining Karate-like punches and kicks with the fluid throws of Aikido and joint-locks of Jujutsu. It is also a religion whose philosophy called Kongo Zen is based on early Buddhist scriptures.

Special importance is given to paired practice called Kumite-shutai. The partners work closely together to improve their respective techniques. The result is Embu: the peak of cooperation between partners with sequences of techniques that are dynamic, fluid and full of energy. Embu is said to be the embodiment of spiritual cultivation that is likened to prayers. “It is Zen in Motion” says Tsunehiro Arai, the chief Hombu instructor. “One has to focus and spiritually unite with the opponent”.

The headquarters of Shorinji Kempo is an institution for the development of the mind and body based on the principle of Ken-zen-ichinyo… the spirit and body are one. If Shorinji Kempo has a mission statement, the founders daughter Yuuki So repeats her fathers mantra “Half for your own happiness, half for the happiness of others”. The mission of Shorinji Kempo is to go beyond Budo and change society. To be a moral compass that keeps us on a path of self improvement.