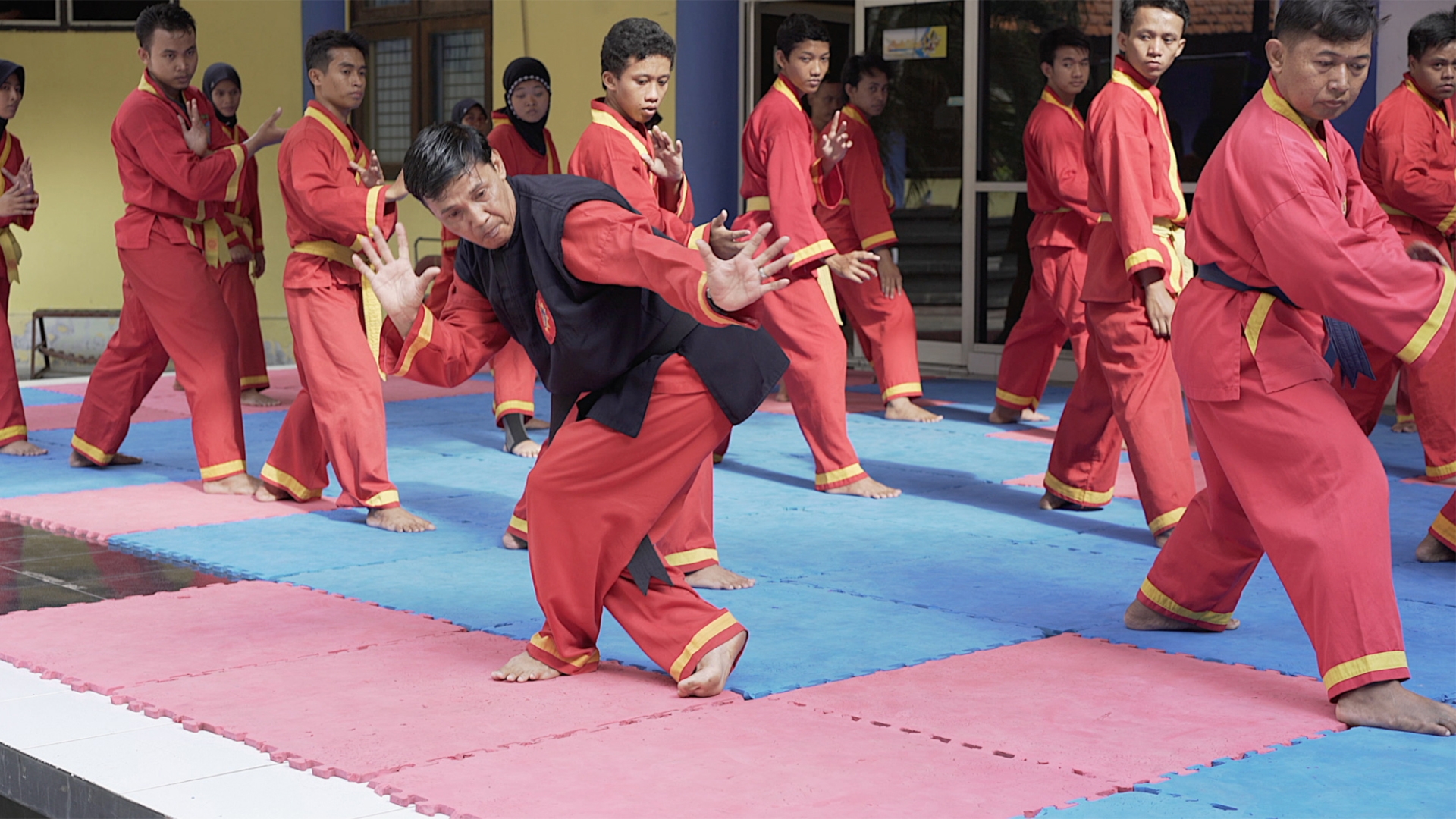 Written by: Emptymind
Dec 11, 2017
Founded 50 years ago, in a time of great political upheaval in Java, Tapak Suci followers wear a distinctive red uniform in a tribute to the Muslim struggle against communism that took place in Indonesia in the 1960’s. The founders of Tapak Suci held strong moral views that aligned with their faith. They were muslim spiritual leaders and today students are encouraged to find a spiritual path through the teachings of Islam and the practice of Silat. Tapak Suci is a member of IPSI, the liaison body for International Silat and has established a number of schools in Europe.

Wether you practice Silat as part of your faith or religion, at its core is the art of self defense. Tapak Suci embraces long-range technique that include powerful punches, blocks and kicks we can recognize from the martial arts of China and Japan. This posture with the legs crossed over is characteristic of Pencak Silat. Here it used with a rotating body movement and step back to avoid attack. As the class practice the basic drills the instructor tests the students stance and balance. When a student is attacked or swept to the ground it is important that he or she can recover quickly.

It is a test of ones character to train hard in the martial arts regardless of gender. Today Indonesian women are playing a stronger role in society and bucking against social conventions. As male and female students train side by side there is an opportunity for any cultural barriers that may exist to quickly disappear.

This Jurus could easily be mistaken for a traditional Indonesian dance rather than a fighting art. When foreign powers occupied Indonesia, martial arts was prohibited and Silat was practiced either in secret or more openly by hiding the technique within a dance performance. Jurus are sometimes accompanied by music and performed at weddings or other ceremonies.

This university team takes part in national competitions organized by the Pencak Silat Association and it has gained a reputation for winning trophies throughout Central and Eastern Java. Empowering women with the ability to defend themselves with their bare hands can be especially potent in a conservative society that is predominantly muslim. As countries struggle to fully eradicate violence against women, the martial arts can take an active role in giving women the confidence and ability to handle a confrontation.

← Prev: The Island Art of Silat... Cover Artwork The Immortal Path... The Cave →