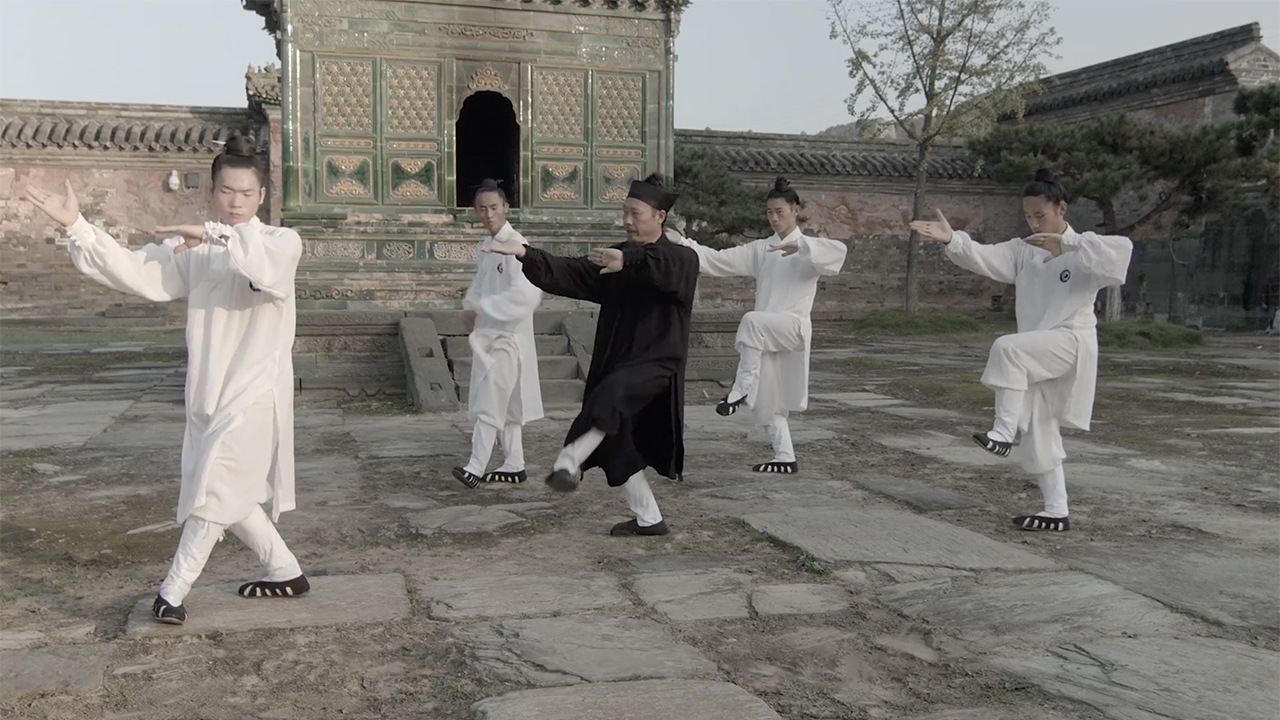 A full length Wudang Tai Chi form by Wudang Sanfeng Pai school is the backdrop to an interview with legendary grandmaster and Taoist priest, Zhong Yun Long (14th generation heir of Wudang Sanfeng Pai). Filmed at the Yuxu Palace at Wudang Mountain, China. This interview is the unabridged (uncut) version that is not included in the movie The Immortal Path.

The Wudang Sanfeng Pai school is located at the bottom of Wudang Mountain and their Tai Chi forms are based on the Tai Chi developed by the 13th century Taoist hermit, Zhang Sanfeng (see notes below). In this interview at Wudang Mountain, Master Zhong Yun Long talks about the Wudang Taiji form and the standardization and systematic way he teaches this revised short form that allowed it to spread across Wudang Mountain and beyond. The foundation for Wudang Tai Chi Chuan is Yin and Yang and combined together in balance creates Tai Chi Chuan. When you separate Yin and Yang, we call it Liangyi, which separates the hard and the soft. Together they become Tai Chi Chuan, using internal power to support movement.

In our interview Master Zhong Yun Long stresses that Wudang Tai Chi Chuan is not just about the form that you see. It is the three main concepts, Liangyi, Tai Chi Chuan and Wuji (emptiness). Together these concepts are what forms our daily life and are the backbone of Taoist culture. How do these concepts fit into a martial art? He says “Liangyi shows us that from softness comes explosive fighting force.” You need to watch our interview to hear more… you can download the full movie here.

You may also be interested in these movie titles