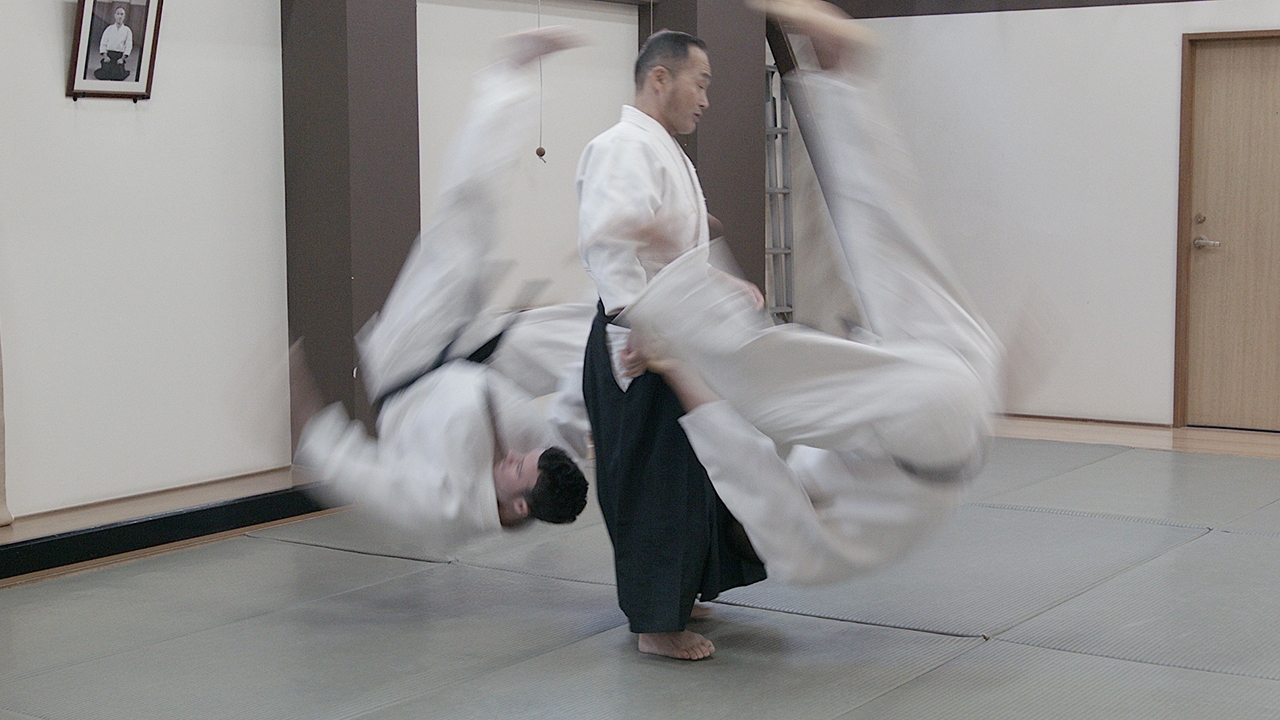 It was during man’s darkest period in history as war raged across the planet, that Japan’s most honored master of Budo, Morihei Ueshiba had a vision. He would follow a new path that would be called Aikido…. The Way of Harmony. “The only answer to aggression is love and peace” he would say. In 1942 O’Sensei as he was known, started building the Aiki shrine and a training hall amid the farmlands of Iwama in the Ibaraki countryside. 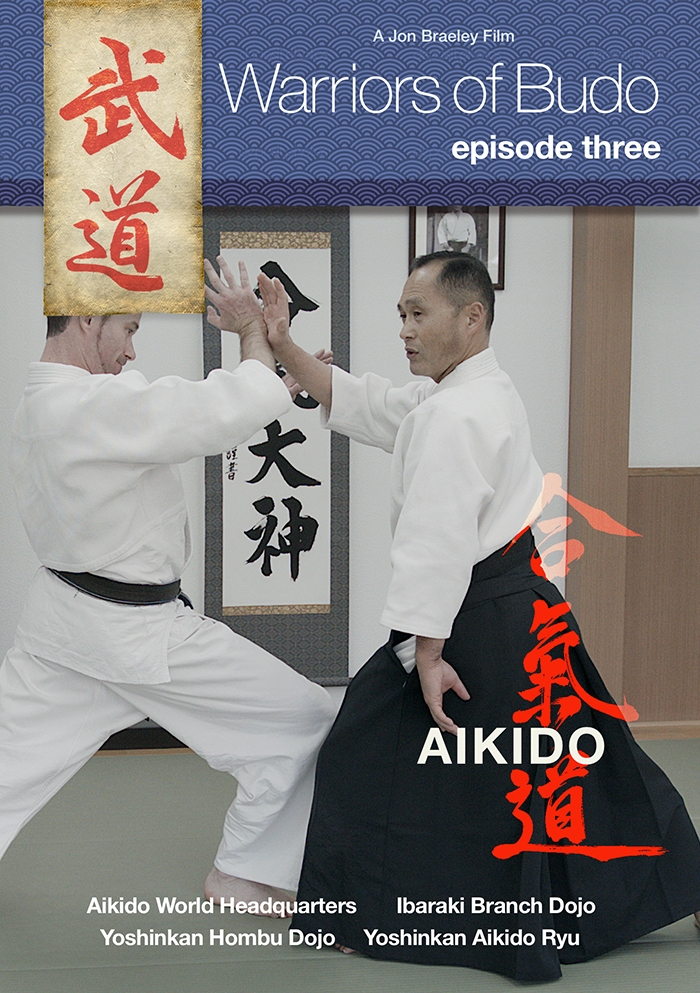 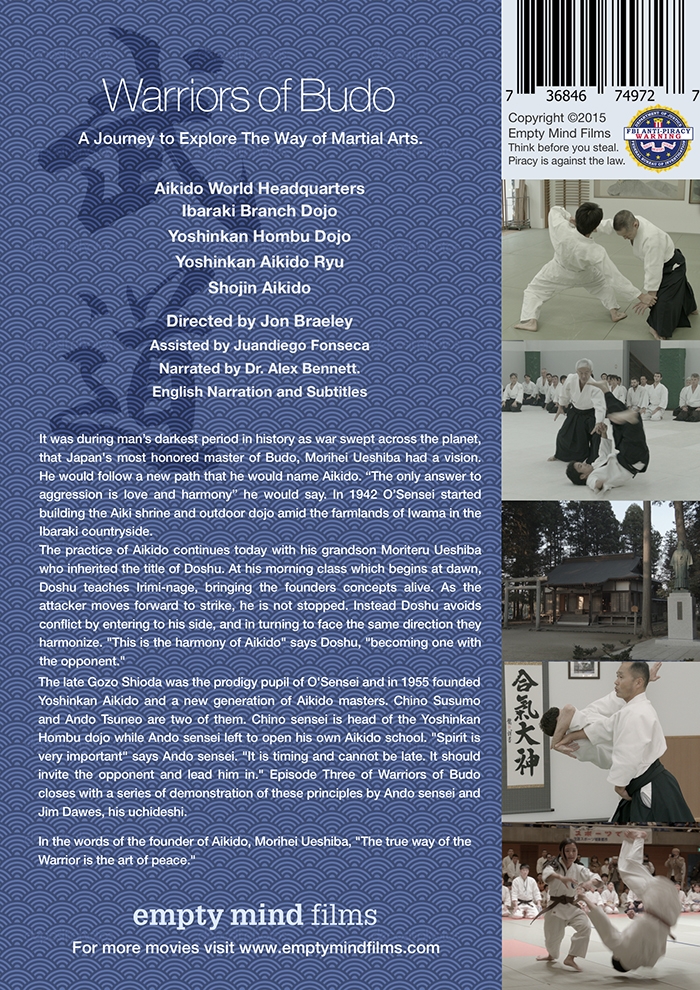 The practice of Aikido as transmitted by O’Sensei continues today with his grandson Moriteru Ueshiba who inherited the title of Doshu. At his early morning class, Doshu teaches ‘Irimi-nage’ which brings O’Sensei’s concepts alive. As the attacker strikes, Doshu avoids conflict by entering behind him, and in turning to face the same direction they harmonize. “In this context, they practice with a feeling of mutual respect” says Doshu.
The late Gozo Shioda was the prodigy pupil of O’Sensei and creator of Yoshinkan Aikido which led to a new generation of gifted Aikido masters. Chino Susumo and Ando Tsuneo are two of them. While Chino sensei is head of the Yoshinkan Hombu dojo, Ando sensei runs his own school in Urayasu. “Spirit is very important” says Ando sensei. “It is timing and cannot be late. It should invite the opponent and lead him in.” Episode Three of Warriors of Budo closes with a series of demonstration of these principles by Ando sensei and Jim Dawes, his uchideshi.
In the words of the founder of Aikido, Moriteru Ueshiba, “The true way of the warrior is the art of peace.”