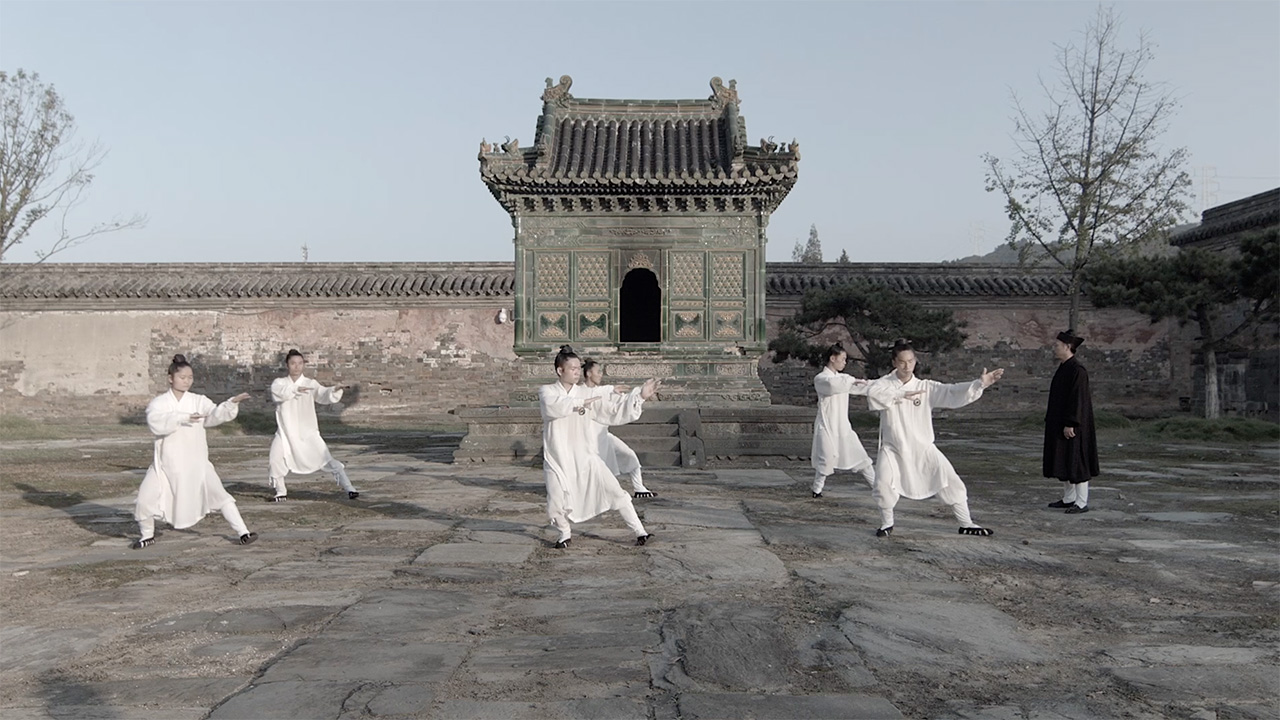 The Wudang Sanfeng Pai school is located at the bottom of Wudang Mountain and their Tai Chi forms are based on the Tai Chi developed by the 13th century Taoist hermit, Zhang Sanfeng (see notes below).

This is a companion post with the trailer for The Masters series featuring Zhong Yun Long – See this post.

Yuxu Palace on a sacred mountain.

Wudang Mountain which used to be called Taihe Mountain is one of the well-known Taoist sanctuaries in China, covering an area of more than 77,000 acres. Wudang Mountain has been inscribed in the list of world heritage site by UNESCO. In the last two hundred years martial arts schools have been founded on Wudang Mountain, based on the ancient story that this is the birthplace of Tai Chi Chuan, although many historians dispute this and we have also posted on the subject of Tai Chi history.

The story is that a Taoist priest and hermit called Zhang Sanfeng, after years of the study of Taoism, established a martial art system which we call Tai Chi Chuan, based on the self defense potential of yielding while watching a snake and bird fight. If you visit Wudang Mountain today you will see a number of statues and wall paintings that depict Zhang Sanfeng. He is said to have created the Tai Chi form 13, which is the is the essence of Tai Chi.

In Taoism, yuxu refers to the dwelling of the Jade Emperor. Yuxu palace is one of the largest palaces among the Wudang architectural complex. First built in the Yongle Period (1403-1424) of the Ming Dynasty, the palace had its cities one enclosing another, so there were three, that is, Waile City, Lile City and Zijin City. The existing architectural ruinsinclude two palace walls stretching 1036 metres at the base of the mountain.