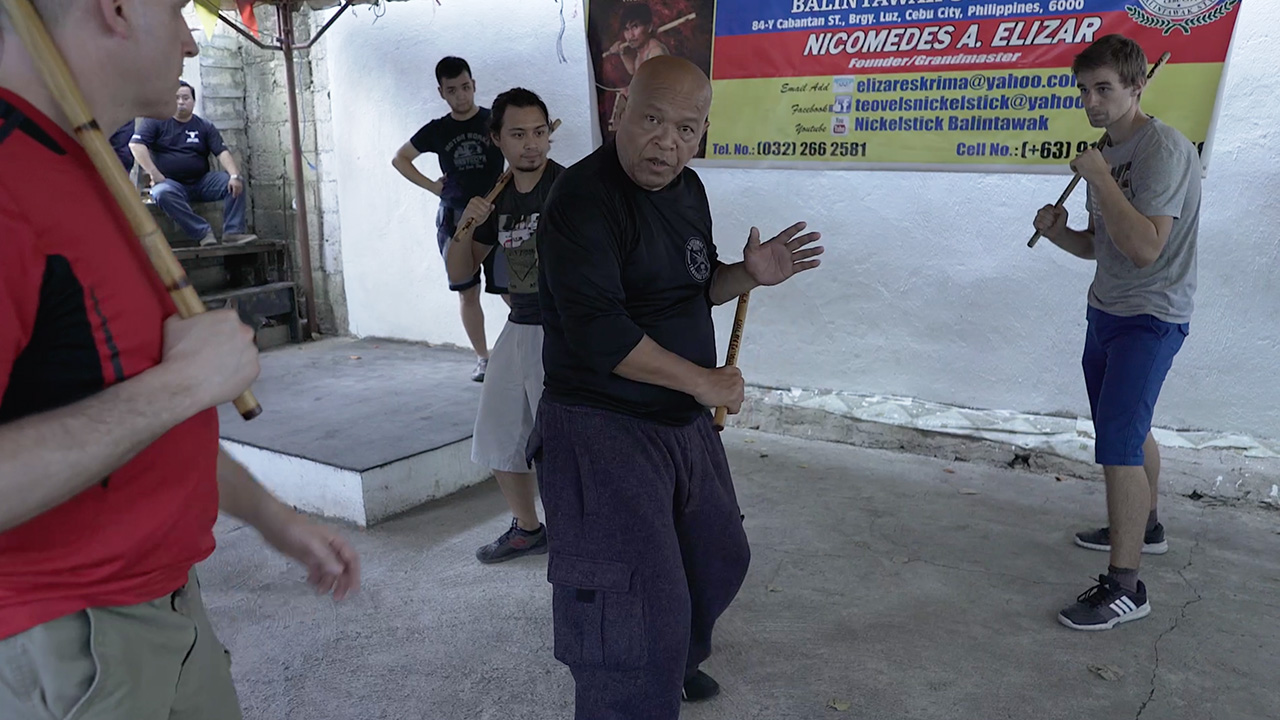 The trailer for our first release in The Masters series, where we feature the World’s top martial arts instructors teaching. This first video in our series features master Bobby Taboada teaching an Arnis class as a guest at the Nickelsticks Escrima Club, in Cebu City, Philippines. This trailer is also available on our Youtube channel.

Bobby Taboada was born and raised on the streets of Cebu city and got interested in the martial arts as self preservation, growing up in a very tough neighborhood with high crime. Bobby was introduced to Boxing at a very early age but it was as a teenager that he started to practice Shotokan Karate. He started to include Arnis training when he saw how effective fighting with a stick can be. Along with his close friend grandmaster Nick Elizar, they became one of the superstar masters of Balintawak Arnis

This style of modern Arnis took its name from the street of its location, Balintawak Street, where the original Balintawak masters trained. Below is director Jon Braeley with master Bobby Taboada and Arnis master Tim Hartman on the street of Balintawak in the heart of downtown Cebu City. 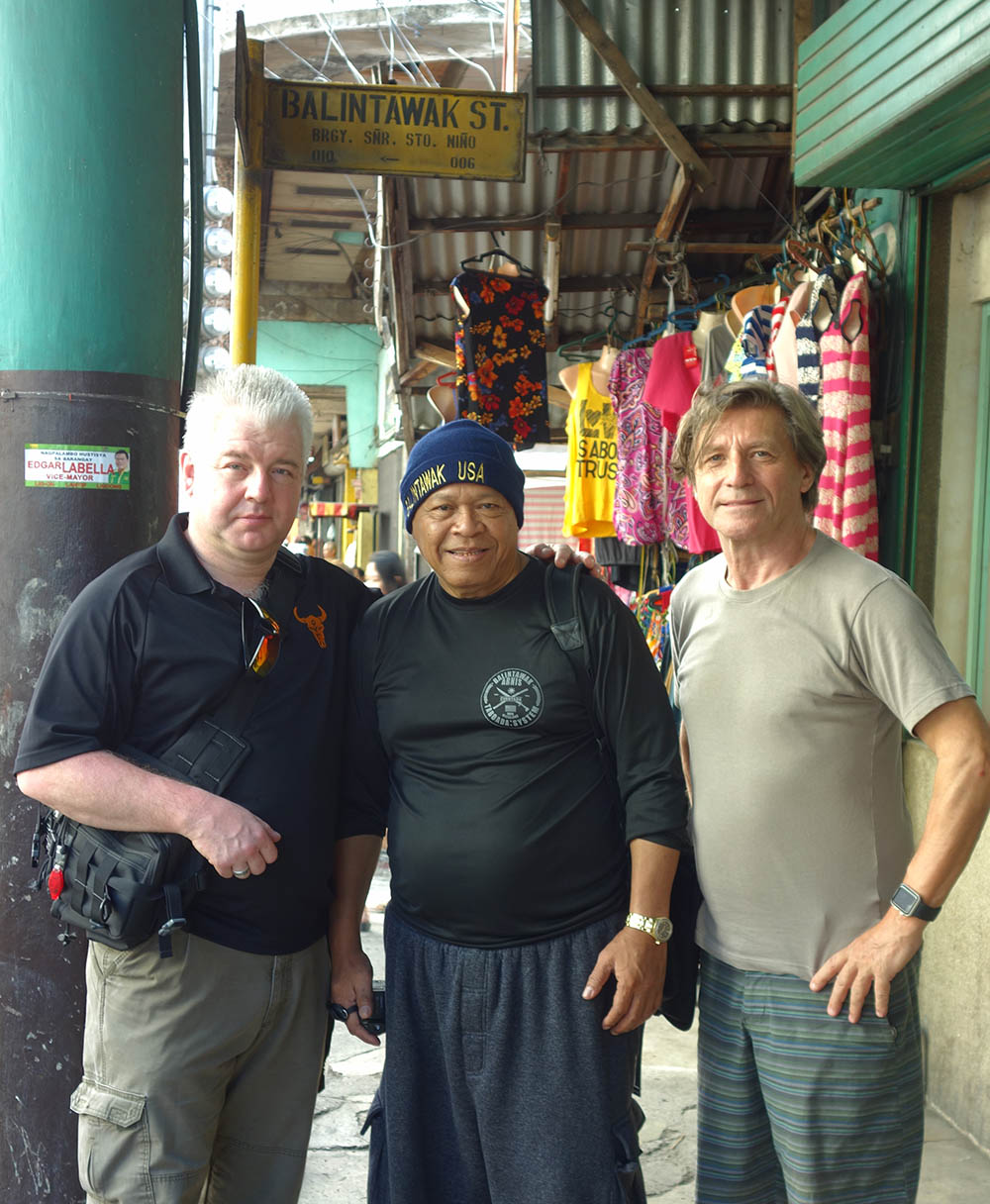 The Balintawak style uses the single stick with the free hand used to employ defensive and offensive tactics to complement the stick. While both hands are also used for punching, including the stick hand, the free hand is used for blocking the opponent’s strike and unbalancing them. It is fast and dynamic and one of the most effective styles of modern Arnis today.

In future episodes in our Masters series we will release an interview of Grandmaster Bobby Taboada talking about his early years of Arnis training: “I learned to accept the pain. That’s the reality of training in the Philippines… are you ready to accept the pain.” Below the movie release Fighting Sticks of Arnis which features master Taboada.

Part of our interview with Grandmaster Bobby Taboada can be seen in this previous post.